What You May Not Know About Me 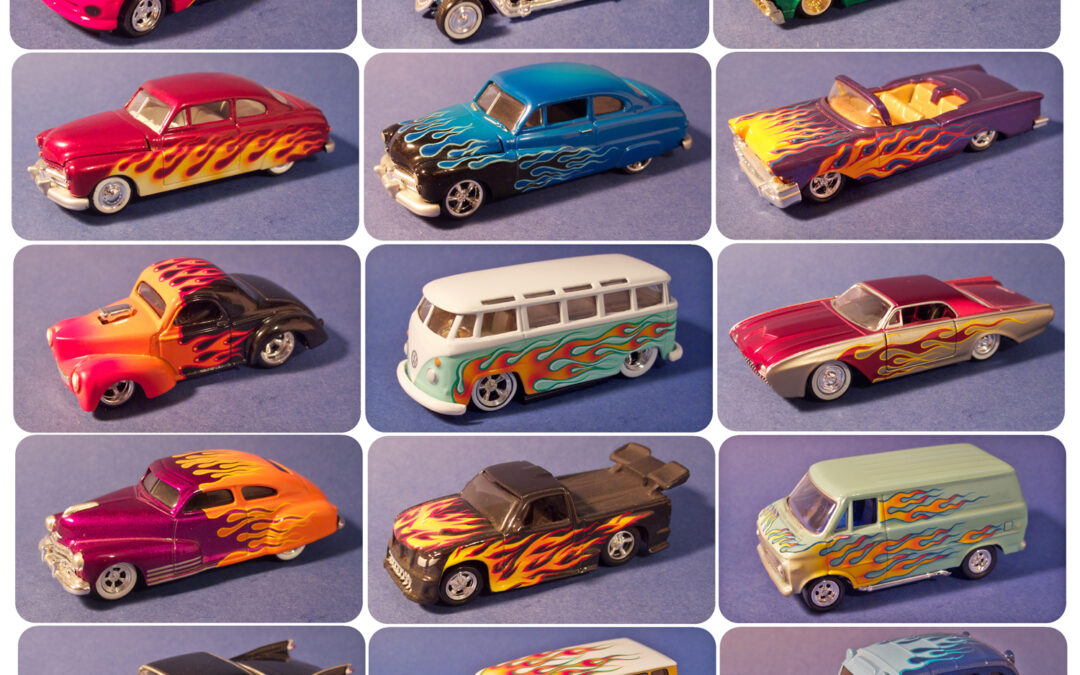 I have loved little cars for as long as I can remember. As a child, I looked forward to every birthday and every Christmas in hopes of adding to my collection. My grandmother knew exactly what I cherished; she gave me Matchbox Cars of Yesteryear and a number of Corgi sports cars. When I was old enough to earn an allowance, each week I would ride my bike to Veach’s department store, hurry down the stairs to the toy department and look at the Matchbox cars atop their colorful boxes under glass with awe. I still own a few of my original little cars, those too prized to be entered into the sandbox firecracker demolition derby. Parts and flames were everywhere! But even the ones that were held back were played with hard. I enjoyed my cars out of the box, scooted across the floor or down the Hot Wheels track.

Miniature diecast car collectors are a curious and feverish bunch. This fervor brings grown men into toy stores to find the next must-have addition to their ever-expanding collections. I met Chuck Rudolph (now a great friend) in the Hot Wheels aisle of the local Toys R Us in 1994. We each found that we were interested in the same types of little cars—hot rods and vintage racecars. In conversation about flame painting found on most hot rods and about my art background Chuck encouraged me to start painting miniature cars with flames that are just 3 inches long! In my mind a Pikes Peak Race too high to traverse at that moment—LOL.

My miniature flame painting style evolved in sort of a hunt and peck method. You may take that to mean something akin to typing on a computer keyboard or the haphazard actions of an anxious blind chicken searching frantically for food! There was no information that I could find available about the physical painting of miniature cars so my methods developed initially from MANY trials and LOTS of errors. By reading custom painting and hot rod magazines of the ‘’50s and 70s, my own quest for the finest fire became furiously fueled, giving me greater confidence. Most of all, however, after meeting Rod Powell in 2001 (one of the greatest hot rod painters of all time), my approach not only solidified but expanded! My flames soon mimicked the traditional flame style popular since the Mid ‘50s with flowing symmetrical stems and rounded hubs. And then the possibilities and future directions became endless!

My intense research took me down many impassioned paths. I wrote the book Up in Flames: The Art of Flame Painting (MBI 2006) featuring the biographies and art of 18 famous flame painters; I was the artist and designer for Greenlight Toys “Up in Flames” 16 car diecast series in 2008 and 2009 in 1/64 scale and 6 car series in 1/24 scale that were found in K-Mart, Toys R Us, and Meyer stores nationwide and currently available online, and, designed “fried fish” with flames that were featured on Hawaiian shirts 15 years ago for the company Paradise on a Hanger. I am also the author of over 4 dozen articles on flame painting for a variety of toy car and hot rod magazines and blogs from 2001-2013.

This painting pursuit still exists for me today when I am not creating nature art. I have flame painted over 600 diecast cars in 1/64 to 1/24 scale and have painted and applied numbers and racing stripes to over 300 American and European vintage racers (my preference mid ‘50s to early ‘70s). As you have probably noticed—this decorative pyro artform now appears ALSO on MANY of my images of plants and animals as decoration and elements of backgrounds found in THIS COLLECTION. Because we all know that “Fire is always the desired attire you should acquire.” I wish each of you fire in your bellies for the art you produce as I pass the torch to you.