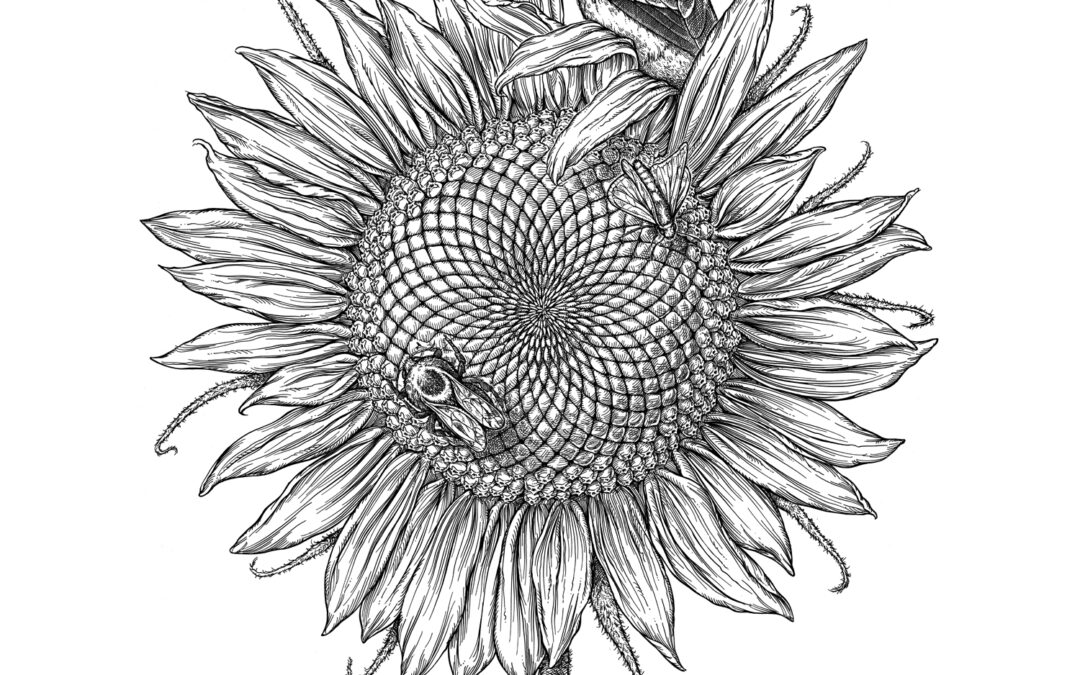 My chosen professional career would not have been possible without Craig Gosling my first and probably most important mentor. As a young liberal arts small college art major graduate who wanted to become a scientific illustrator I was directed to the Medical Illustration department at the IU Medical Center in Indianapolis by my oldest brother, a radiologist. This is where I began the long path to my goal starting as a chart and graph artist creating images with an ink ruling pen and a typewriter. With Craig as its director the department became a fertile ground for many medical illustrators with the same desires to make themselves ready and worthy to progress to graduate study. Under Craig’s encouraging and watchful eye each of us was given opportunities to provide some simple anatomy drawings for a few of the department’s clients while getting artistic reviews, apt critique and confidence from Craig.

Four current medical illustrators that I know and identify with as important friends and colleagues include 2 individuals who I shared art duties with at IU from 1977 to 1979. Brent Bauer, who became a faculty member with me @ Hopkins in 1986 before becoming a dentist 14 years later (and renowned undersea artist) and John Daugherty who went to University of Michigan graduate program in Medical and biological Illustration a year before I attended and became the Director of the University of Illinois’ Medical Visualization program a few years ago after a long and successful career as a premier freelancing medical illustrator. Two others also mentored in the department by Craig are Deb Haines and Lydia Kibiuk, who have been extremely successful in their medical illustration careers as well.

Having been introduced to the art of pen and ink in college its EXACTNESS appealed to me as I perfected and looked for further examples of like-minded pen artists and a common thread. Over the years to follow I have been influenced by many great pen and ink artists including Craig such as Gerald Hodge, Neil Hardy, Bill Andrews, Steve Gilbert, Max Broedel, Dan Beisel, Carol Pienta Larson, Kip Carter, Albrecht Durer, Bob Ziering, Biagio Melloni, Lucille Innes, Wiiliam Shephard, Ralph Sweet, Mary Dixon, and Elizabeth Buchsbaum most of which have shared my profession of medical and scientific illustration.

Craig’s pen and ink style was casual and spontaneous and seemed to ooze extreme confidence in its mark making. It seemed effortless in his hands but as we come to find out pen and ink is not an easy medium to master. As with all art influences we individually identify with works that we either want to excel in or have an affinity for, embracing a style that wells up in each of us, that speaks to us, and, then becomes us! It however takes Hours upon Hours of PRACTICE and PRACTICE. Over time we pick and choose and look for common artistic ground and then add it to our individual expression. There is where the confidence lies in the simplicity of identifying your own voice and seeing the new found magic flow from your fingertips as desired imagery appears. Joy Soon Follows! For pen and ink and many other things I am thankful and forever grateful to Craig Gosling who passed just 3 weeks ago.

While in the beginning I teach my students the use of the flexible nib pen, Micron pens have been a staple of mine for over 25 years. There is ease to the release of the ink that provides a photo reproductive line that faithfully mimics my desired drawing style and dries quickly on my preferred surface of vellum. In my tenure as a medical illustrator and professor I have created well over 3000 pen and ink illustrations that have appeared in dozens of textbooks, surgical atlases and research publications. For more about pen and ink please visit my blog @ phelpsmandala.com.

For this print “Sunflower Visitors” and many more pen and ink nature prints visit my shop by searching “pen and ink.” Wander with wonder in nature and be inspired by all that exists there!