Be Quill My Heart: Another Fish Story 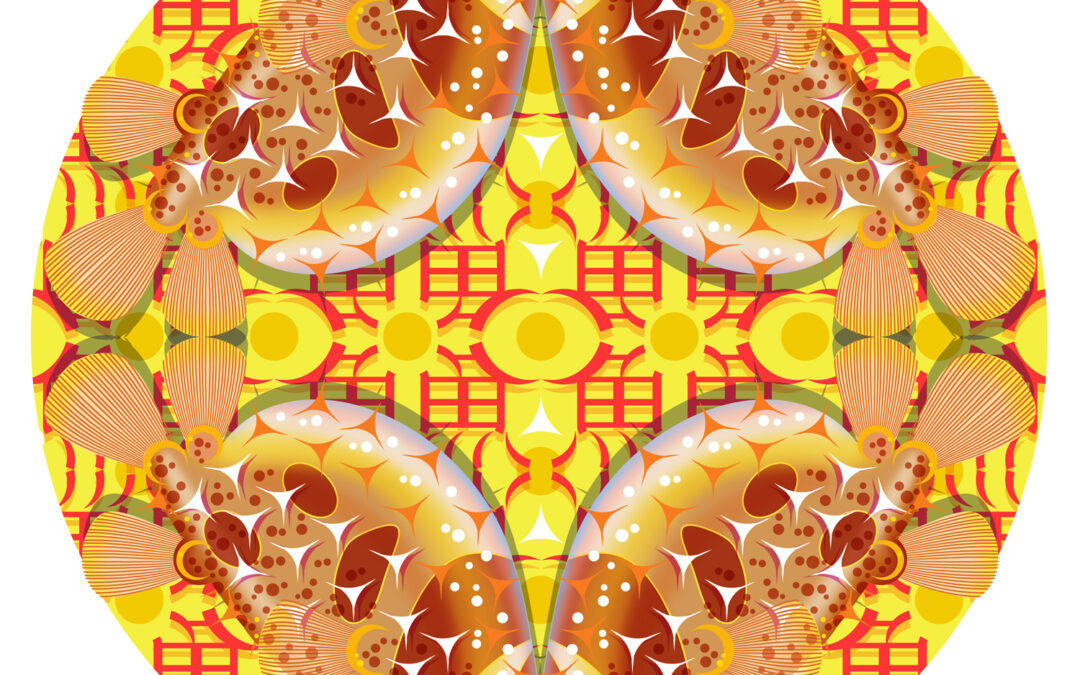 My late father was an avid fisherman who often traveled to Florida to fish in both freshwater and saltwater habitats. One day when I was 13, a box arrived from Florida for him. He opened the box and I saw the strangest thing. It looked just like a yellow balloon with shiny glaring eyes and covered with thorns. It was in fact a porcupinefish that had been stuffed and mounted and would now reside in our TV room. This was my favorite fish then and I still love it now in my studio!

Within the order Tetradontiformes, including many of my favorite fishes: the boxfishes, triggerfishes, filefishes, and puffer fishes, is the family Diodontidae. This collection includes over a dozen named species of porcupinefish, burrfish and spiny puffers, all of which have been roaming our warm seas worldwide near shores and reefs and in bays for over 40 million years.

Emerging from crevices and caves around coral reefs and looking like clumsy bike helmets, porcupinefish navigate their territory, wiggling in the water like cute and happy puppies with alert exaggerated anime-like eyes perched on plump neck-less heads. They are cryptically painted in hues of browns and dusky tans riddled with multiple small dark spots or a few larger blotches.

So, predator be aware of that porcupinefish over there, think twice before you try to bite a slice! If its newly inflated size did not scare you perhaps this sizeable spiny sphere will prick the insides of your mouth making you spit it out. Once ingested, the porcupinefish literally can become a “thorn in one’s side” causing irritation, pain and discomfort by possibly tearing through the stomachs of an occasional shark or other unfortunate fish.

Known as fugu, the poisonous flesh of the porcupinefish is considered a delicacy in Japan and other places. It must be expertly prepared by extensively trained chefs to prevent possible paralysis or death being delivered to the discriminating diner.

Four brown and tan porcupinefish with spines on a yellow background with red Japanese “fish” symbols are shown in this pufferfish nature mandala. This artwork was featured on the home page of the FAA artist’s group “Environmental Art – Specifically Ocean Conservation” 05/07/21. It is available as a print along with many other fine fish found in my shop!