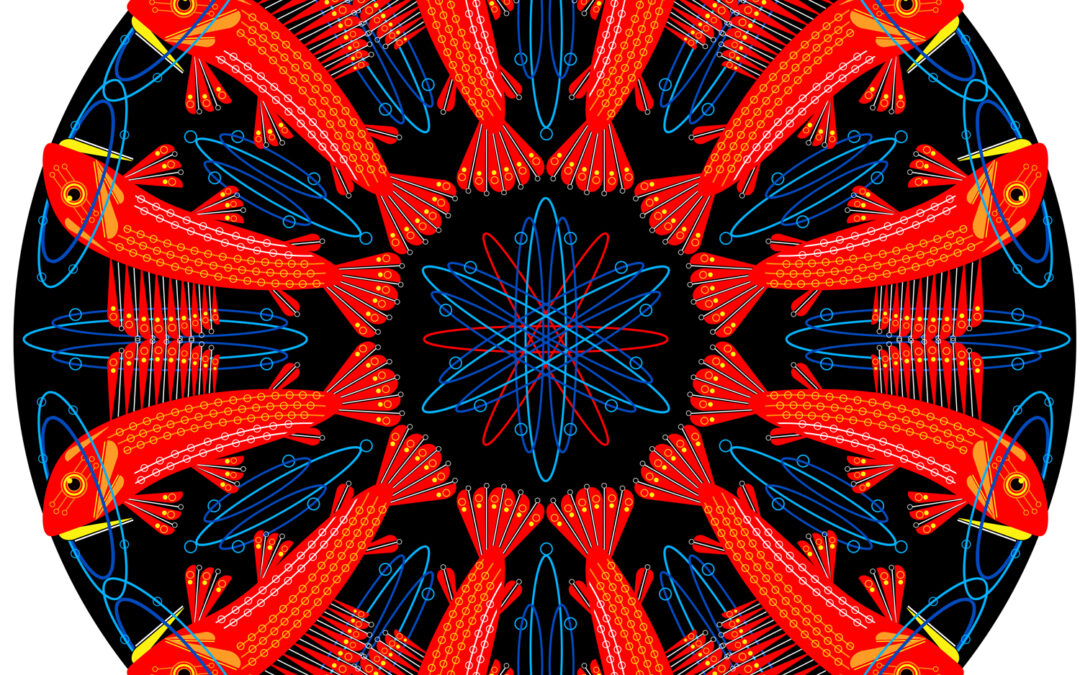 I grew up in a household of “a-fishionados.” My late father enjoyed freshwater and saltwater fishing and instilled the love of fishes in his 3 amigos. My two older brothers as teenagers had multiple freshwater tropical fish tanks with varieties of cool and colorful fish including oscars, angelfish, and catfishes (my favorite), and separate aquariums for Siamese fighting fish and a piranha. Later in his life my father continued his fascination with aquariums breeding Ancistris Plecostomus suckermouth catfish. In graduate school at the University of Michigan my master’s paper was titled “Six species of Lorcaria from Paraguay.” Loracariidea is the family of armor-plated catfish that includes many varieties of Plecostomus a few of which found their way a few years later into a 55 gallon tank that amused my young children years ago.

I never became as accomplished in sport fishing as my father, older brother and his son and family. I was not trained in the art of flyfishing or in the use of a casting rod—my preferred “catch and release” implement is a spinning rod. I recently taught my daughter the joys of “plunking the plug” with a hookless lure in our side yard for her future forays to the local stream.

My father took me to the Brookville Lake Dam in Indiana when I was 9 years old. It was a VERY cold and rainy day. Once in our boat, I was handed my fishing rod and directed to cast my lure into the water. You might think this is leading to a great fish story (and in some ways it is). After a few casts and retrievals a “bird’s nest” of tangled and knotted fishing line suddenly appeared on my reel. It took my able father quite some time to dismantle that ball of string as I silently shivered in the boat. Seeing how cold I was he reached into his tackle box for an oddly shaped shiny metal flask of liquid that tasted unfamiliar but “warmed me right up.”

The allure (pun intended) has taken me fishing to the Everglades a few times for tarpon and “snoooooks.” Fish chasing begins before dawn heading out into and under the intertwined cathedral branches of the mangroves in a boat in which you have to lie down to deftly navigate through them. On the other side are gleaming pockets of inviting early sunlit small bays providing perfect spots for my oldest brother’s and my nephew’s flyfishing gear AND my lowly spinning rod!

Perhaps my art and text and your brushes with nature will set a stage to begin animal love affairs celebrating biodiversity on trips wandering with wonder in nature. Fellow a-fishinados, there are schools of fish available so please cast about my shop to find this fish print and many others to bring the outdoors into your home.